Produced to celebrate the explorations of Captain James Cook. The paths of his three voyages as well as a vignette of his ship Endeavour highlight the map. 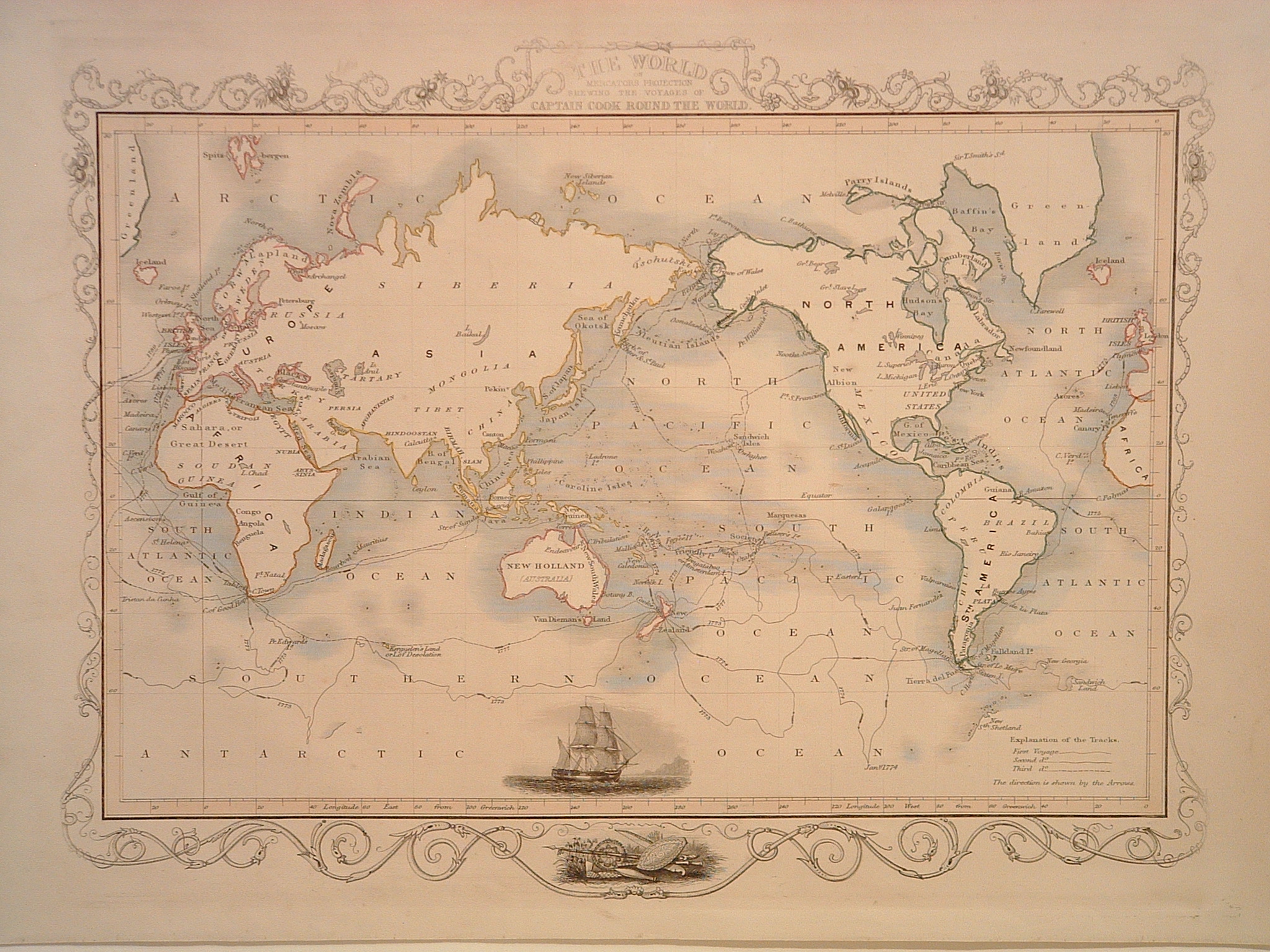 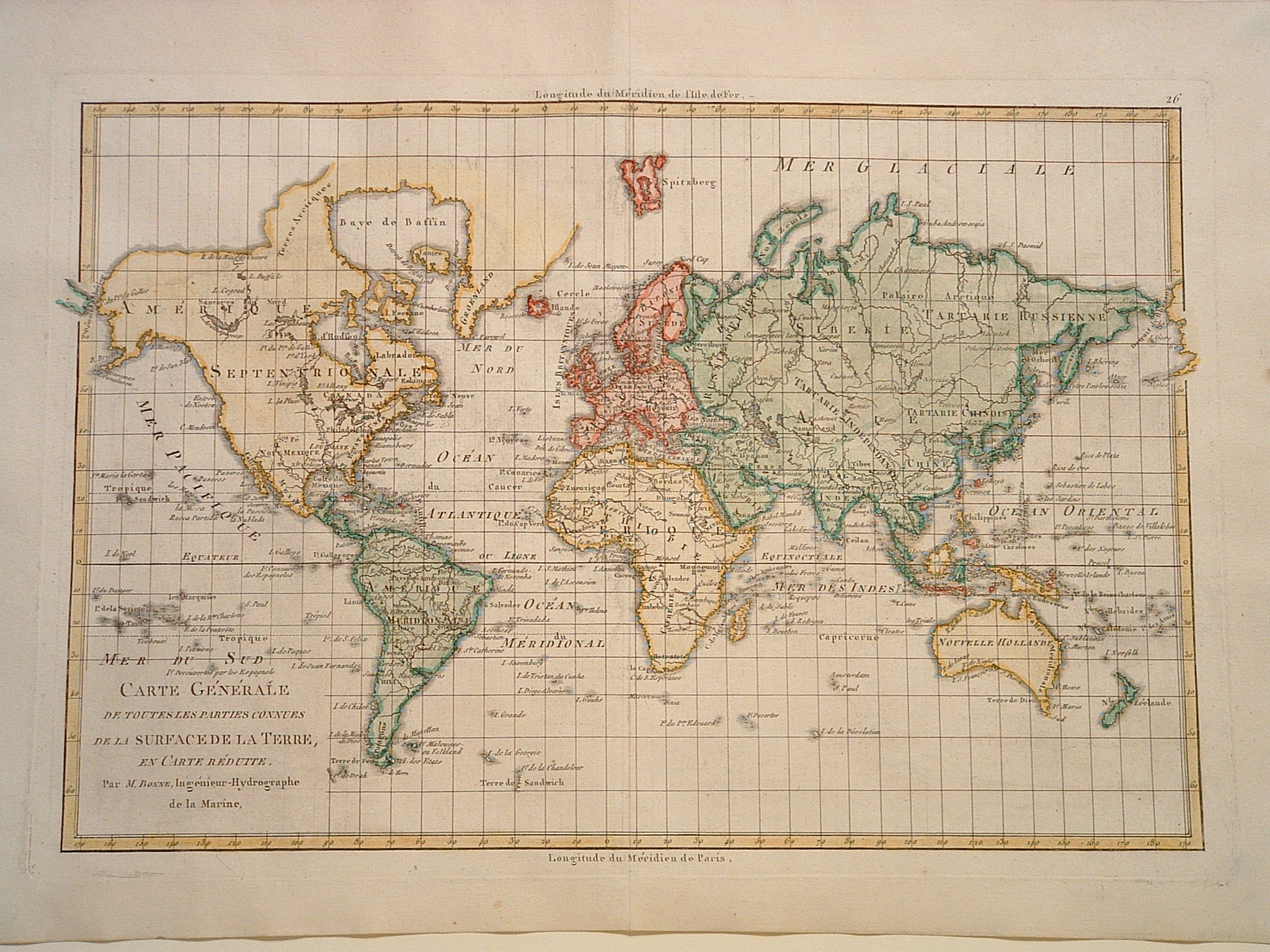 Printed using one plate for the map, another for the border with the text glued on later. Versions with different borders are known.

Contains infamous phantom River of the West from Lake Superior to the Pacific as the Northwest Passage. Equally erroneous depictions of parts of New Hollande, Terre de Diemen and New Zealand. 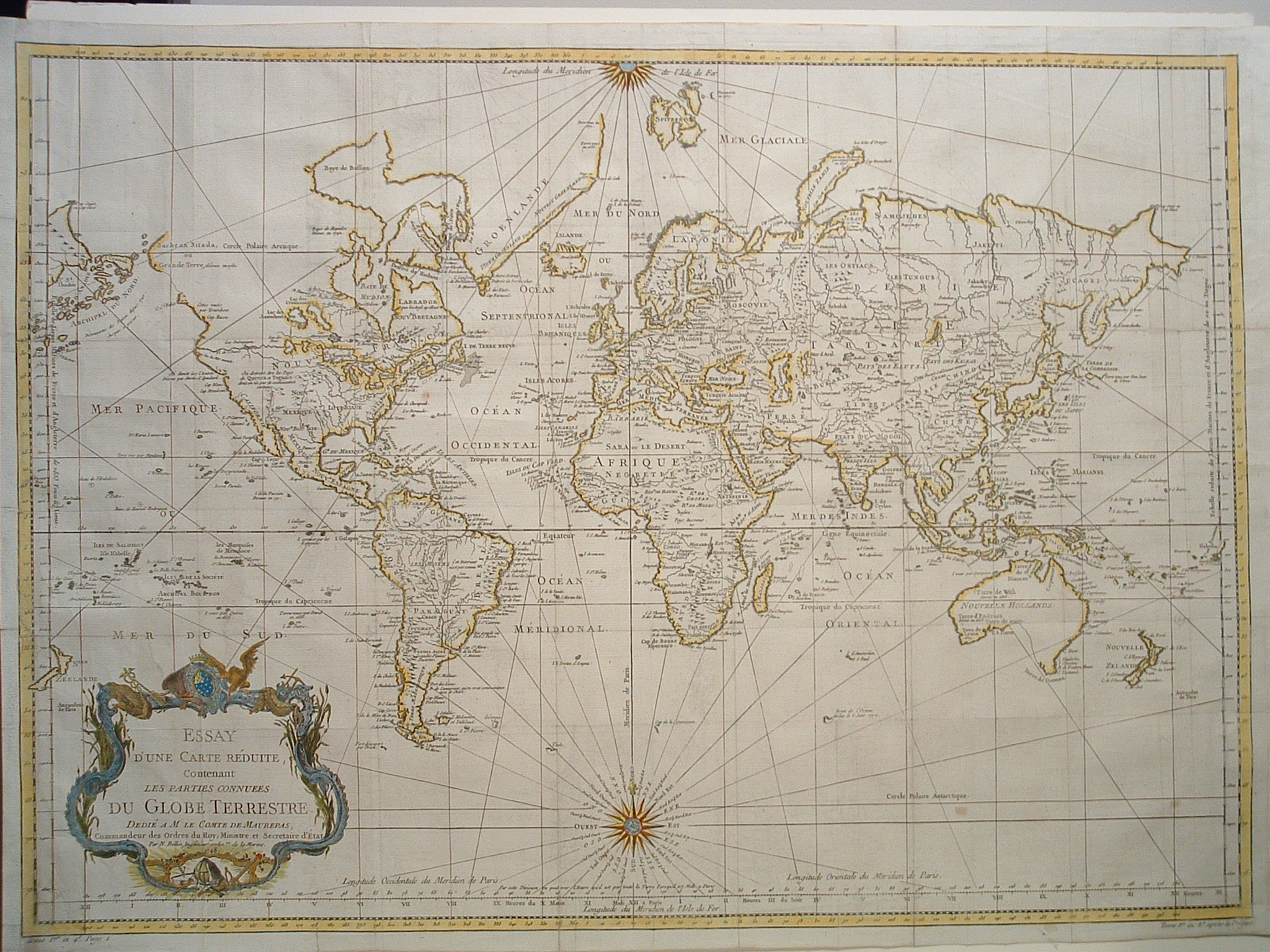 Click to View Larger Map Image
Call us today to make a purchase at 312.415.1847
Cartographer: Anonymous

A small but extraordinarily detailed double hemisphere map. Adorned with wind angels center top and bottom and attractive vignettes in the four corners. California as an island adds to its appeal. 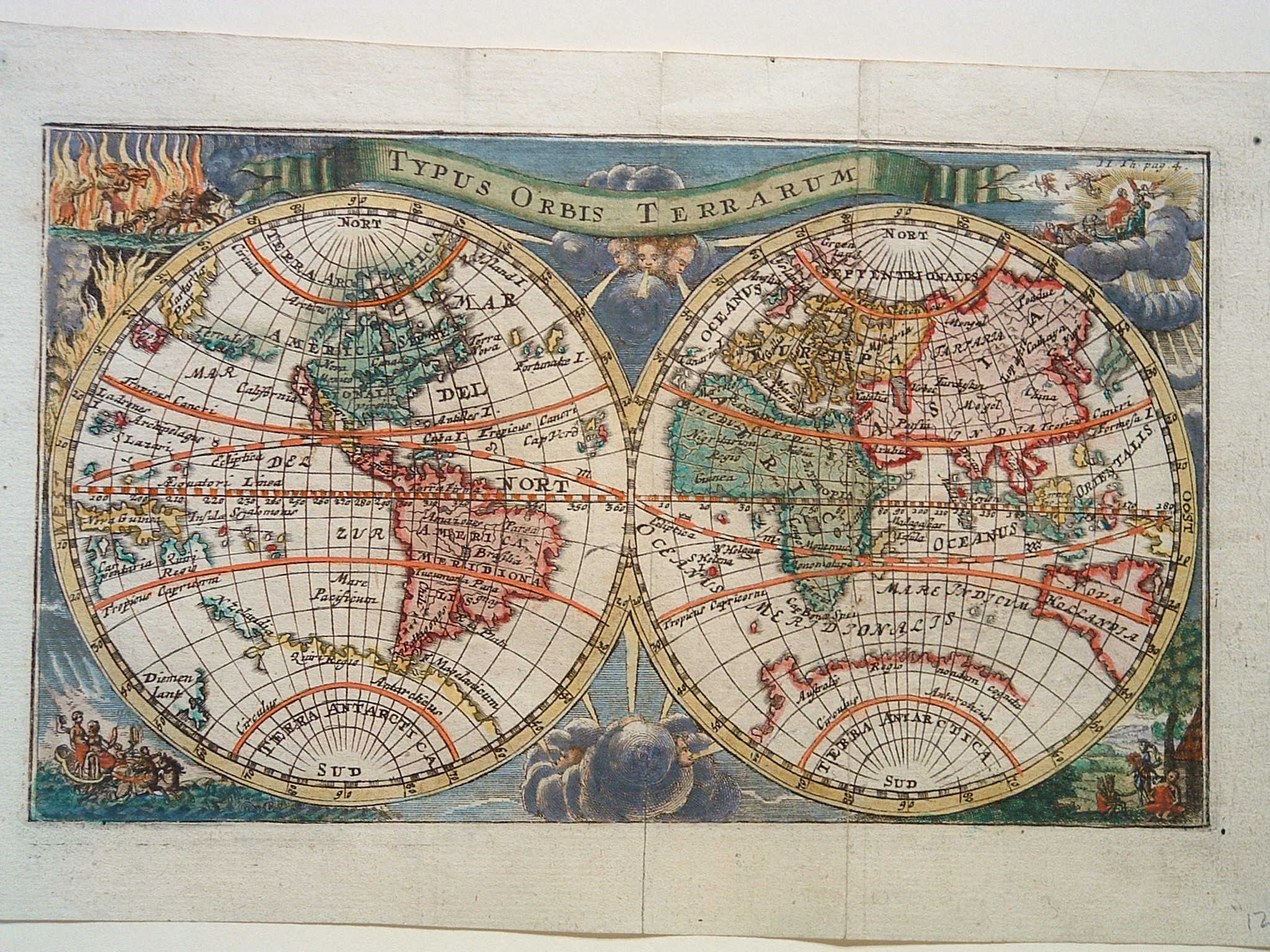 This rare map from De Fer, who had a reputation for artistic license rather than accuracy, showing California as an island. An attractive title cartouche is paired with another in the lower left depicting a globe and flags. 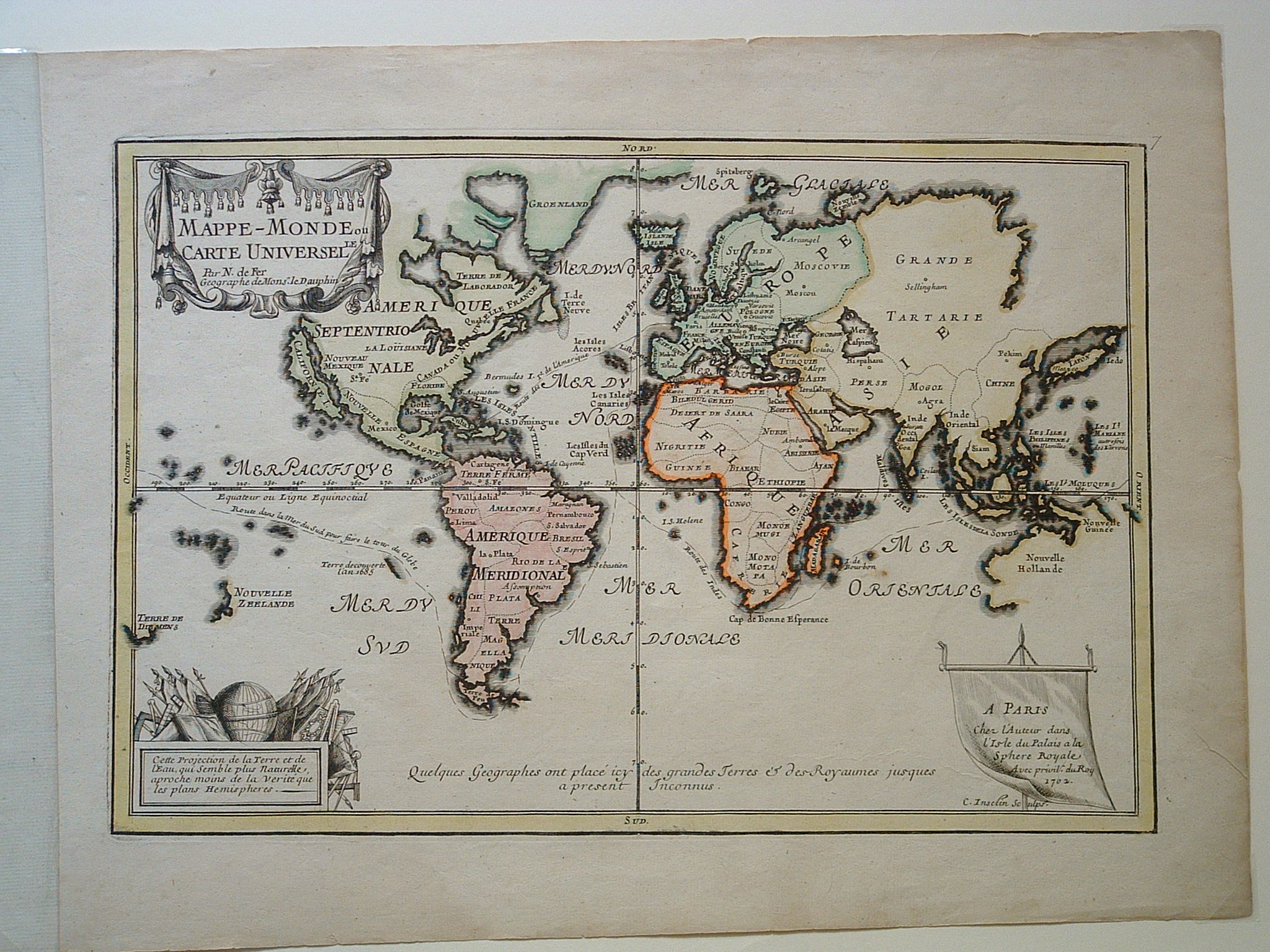