Engraved by John Senex, the map is centered on Perugia and Lake Trasimeno. It extends from Tuscany on the west coast to Umbria on the east coast. An allegorical title cartouche depicts a queen, a peacock, a putto with a cornucopia and Romulus and Remus suckling. 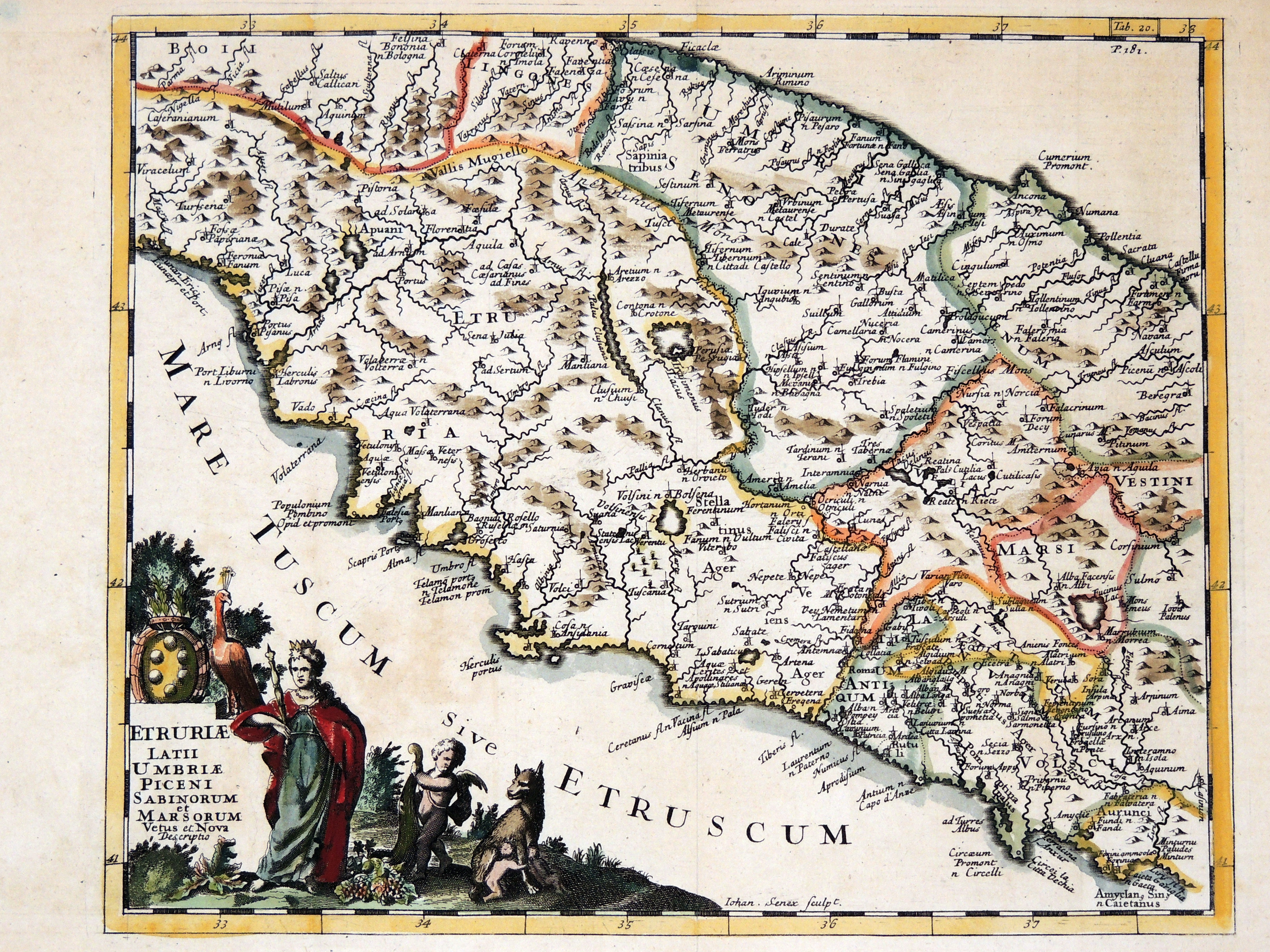 From Ortelius’s Theatrum Orbis Terrarum. Tuscany based on the regional map of Giralomo Bellarmati, extending to Rome in the lower right corner. Embellished with an ornate title cartouche and several ships of which two are engaged in battle. Latin text on verso 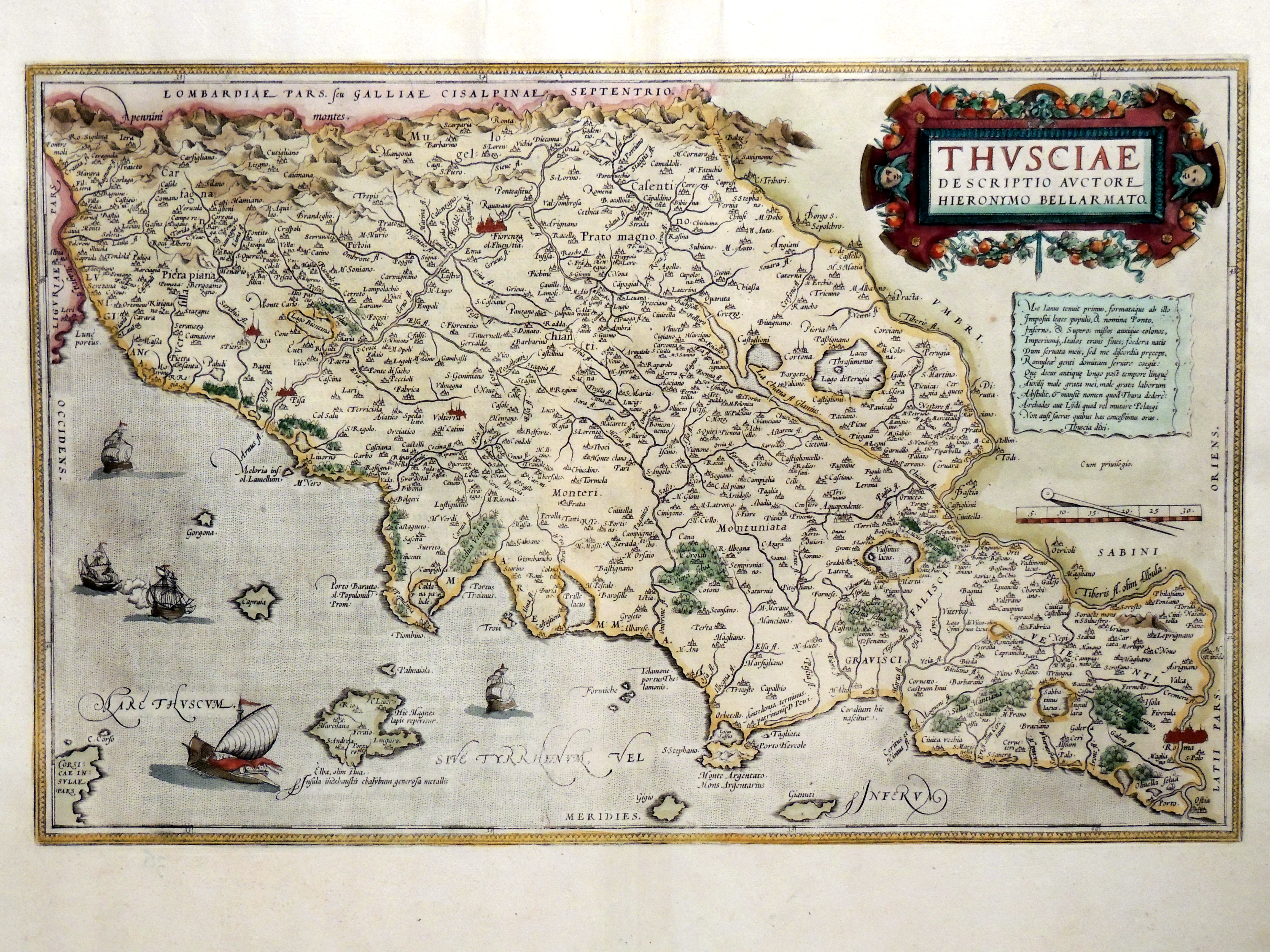 Original outline color and colored vignettes of Naples, Visuvius, and a wine festival. 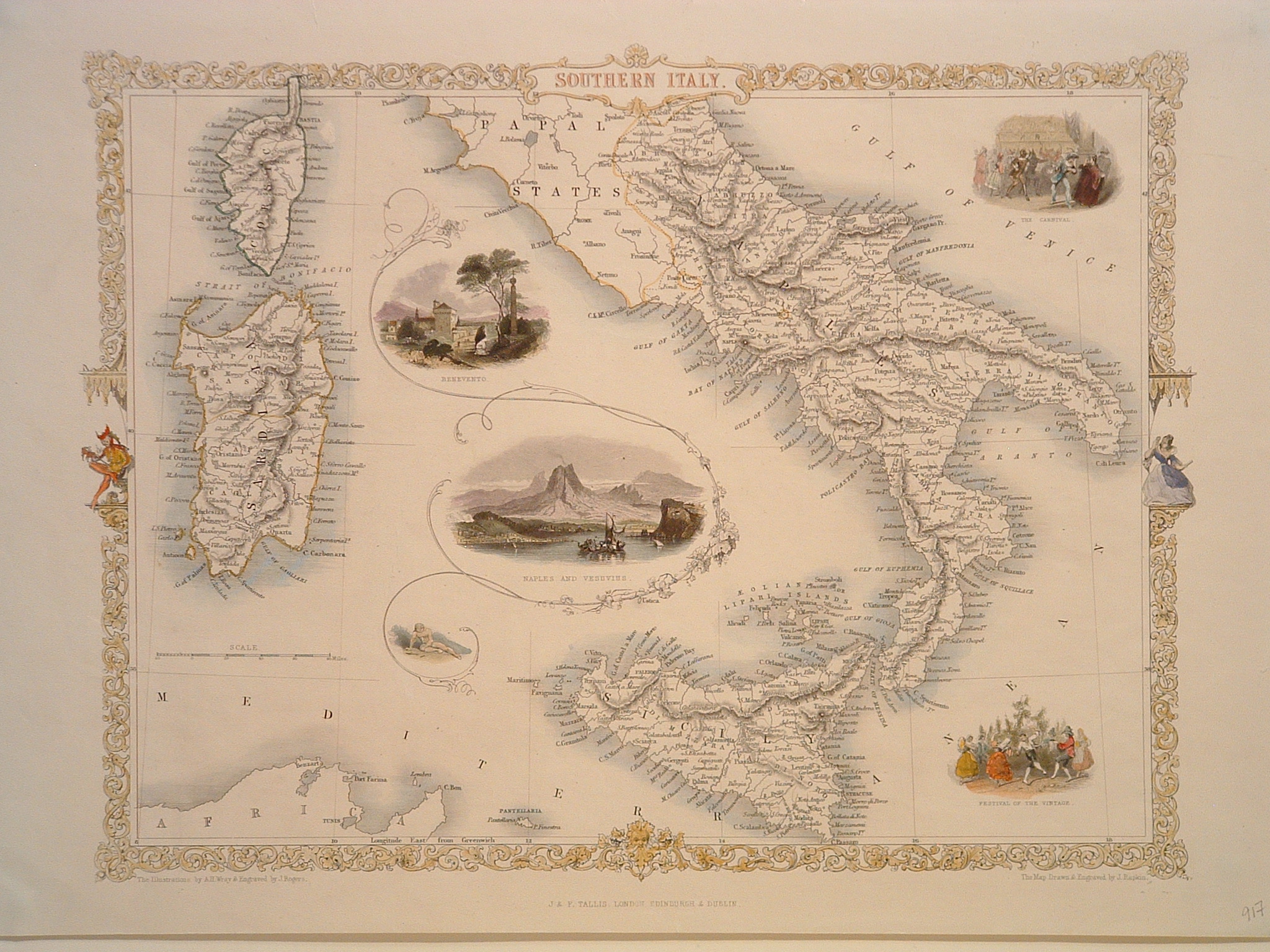 A very detailed and decorative map of the Baltic and surrounding countries. Published about the time of the Crimea War, it has five vignettes depicting St. Petersburg, Kronstadt, Abo, Revel and Helsingfors. Russia engulfs Finland through Poland. 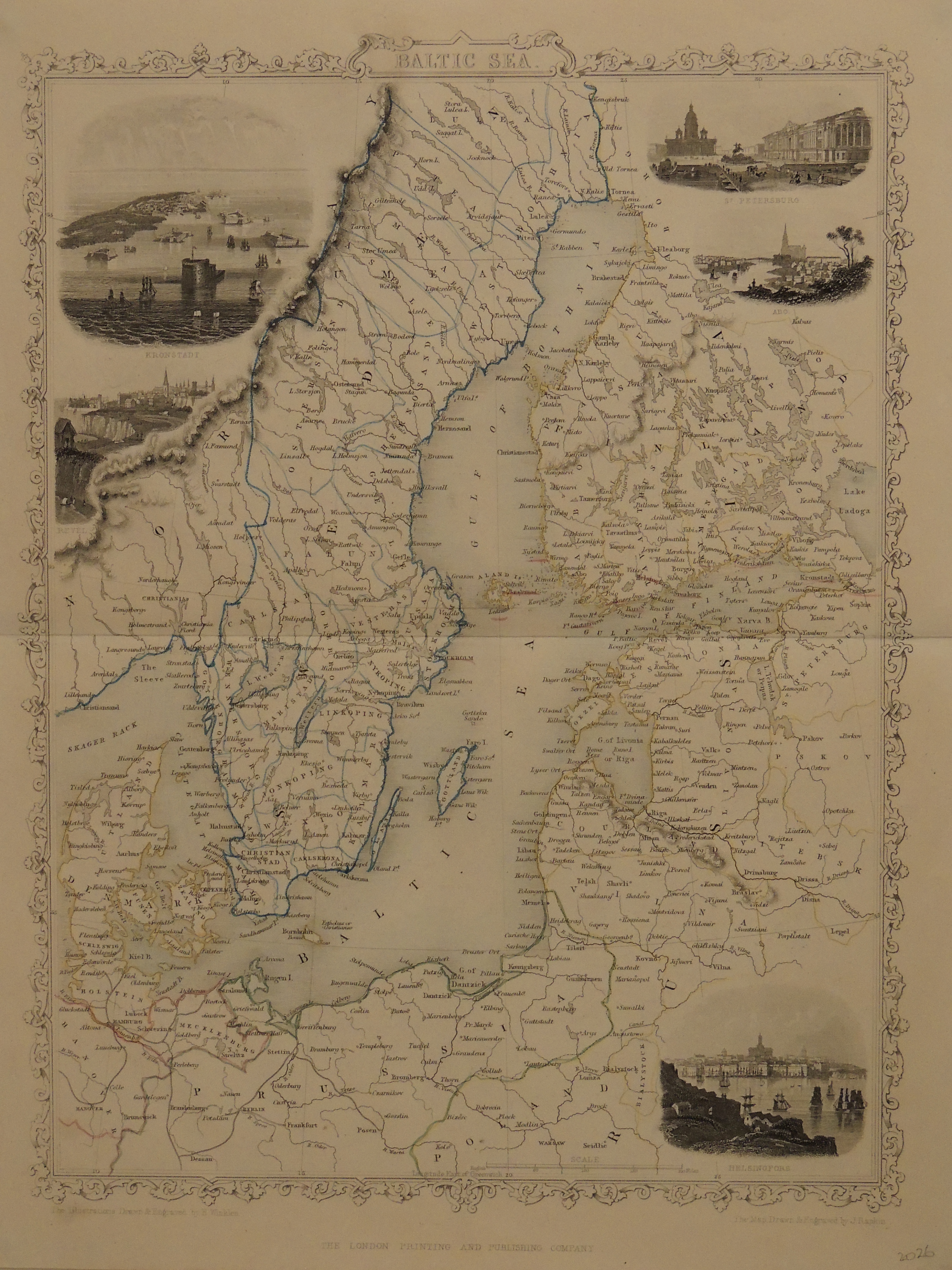 Highly detailed plan of the city of Brussels showing streets and a number of buildings which are named. All are surrounded by five beautiful vignettes depicting notable landmarks. 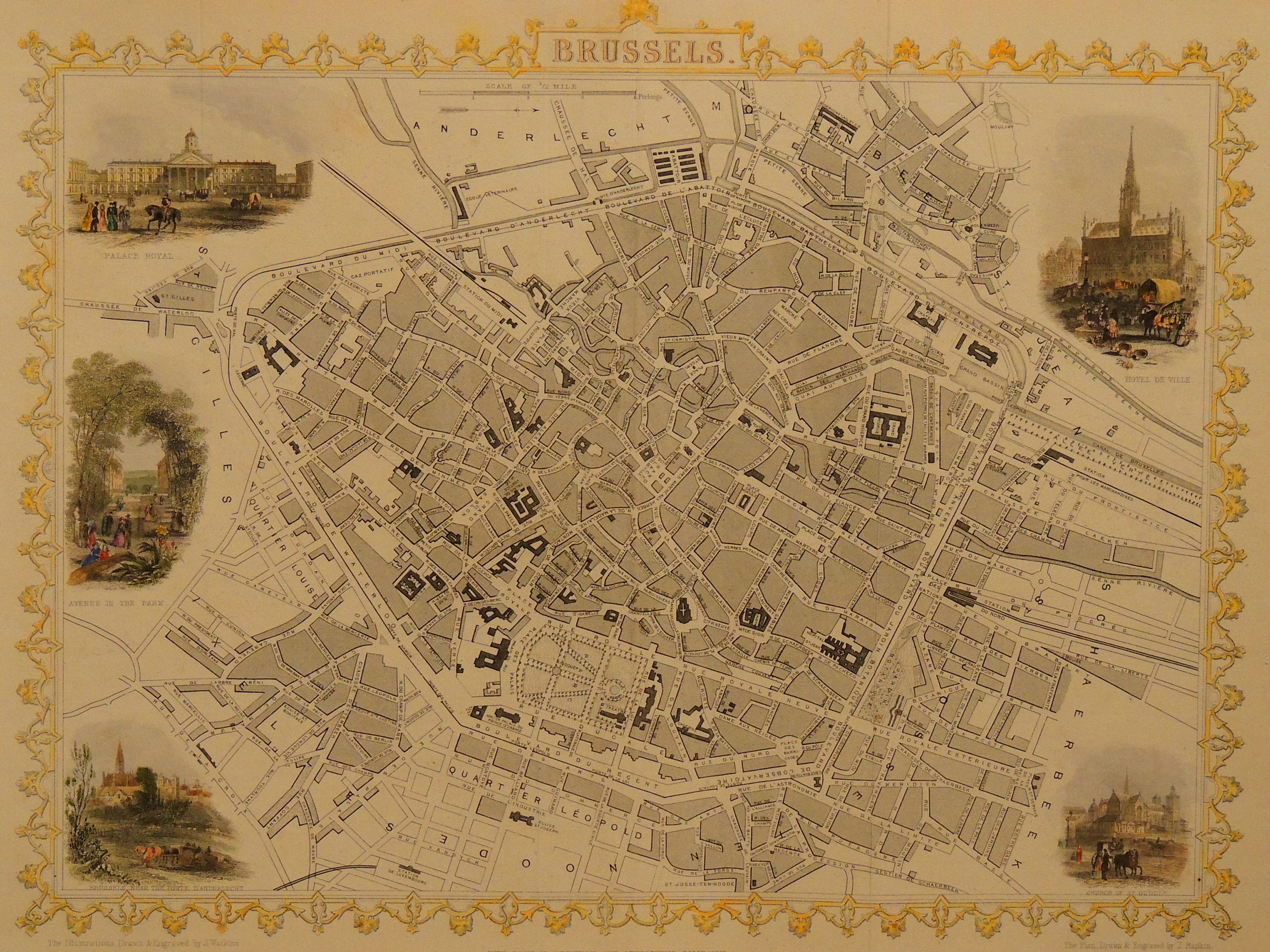 A beautiful example of a classic Levasseur steel engraving with vignettes surrounding the chart. Published in Levasseur’s Atlas Universel Illustre. 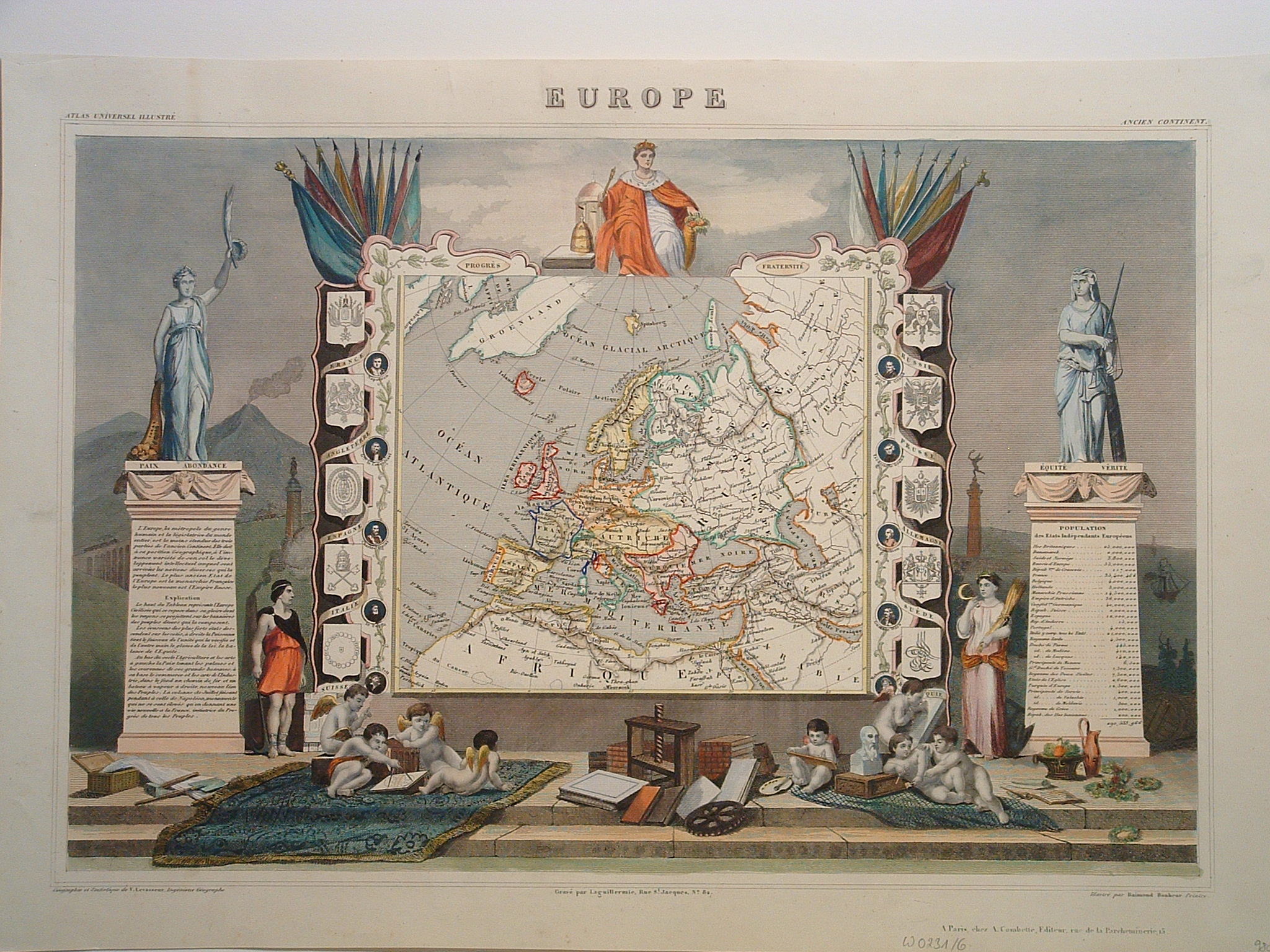 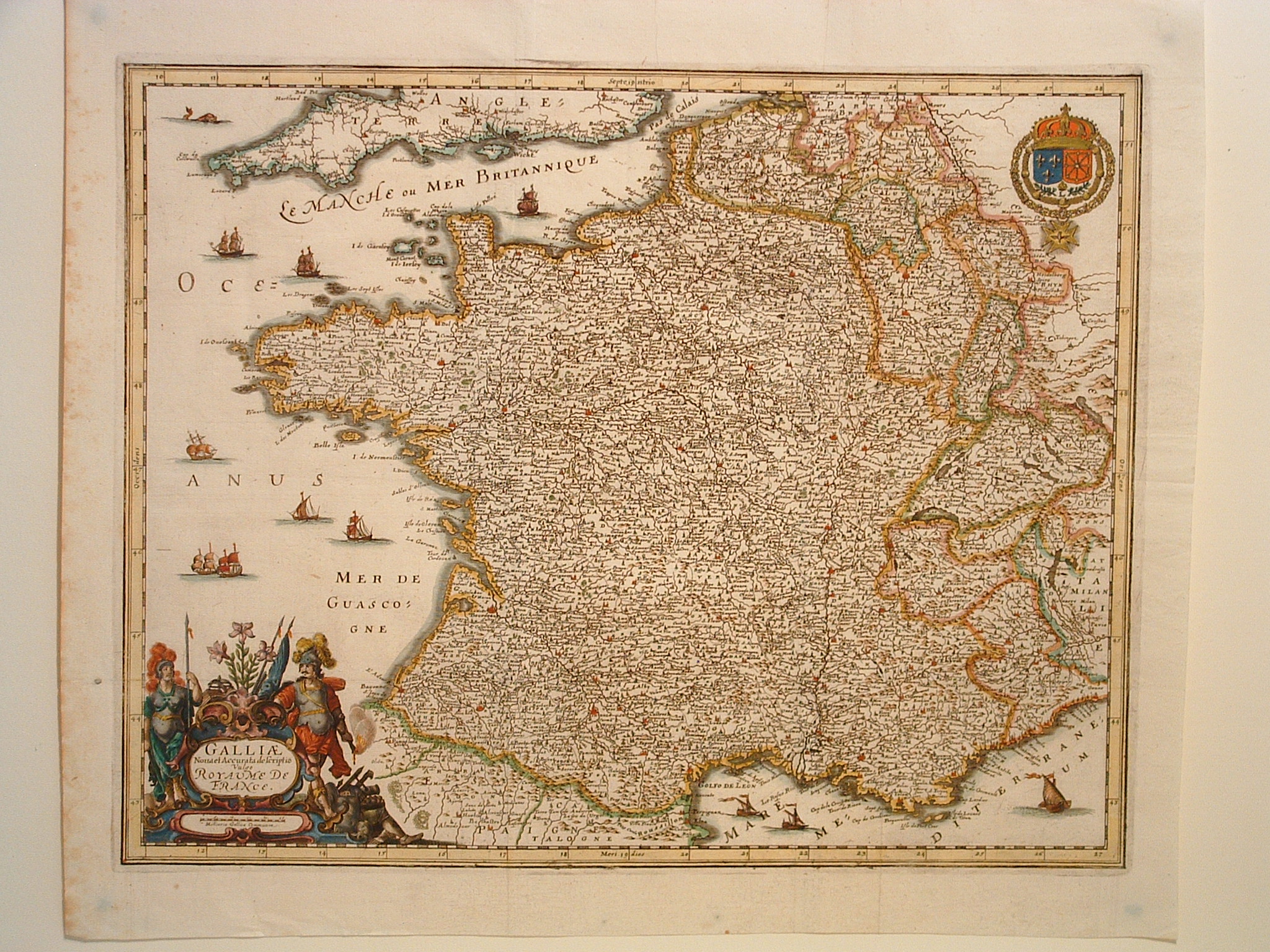