A typical folding tourist map ideal for framing. Contains a highly detailed view of Central London between the wars. 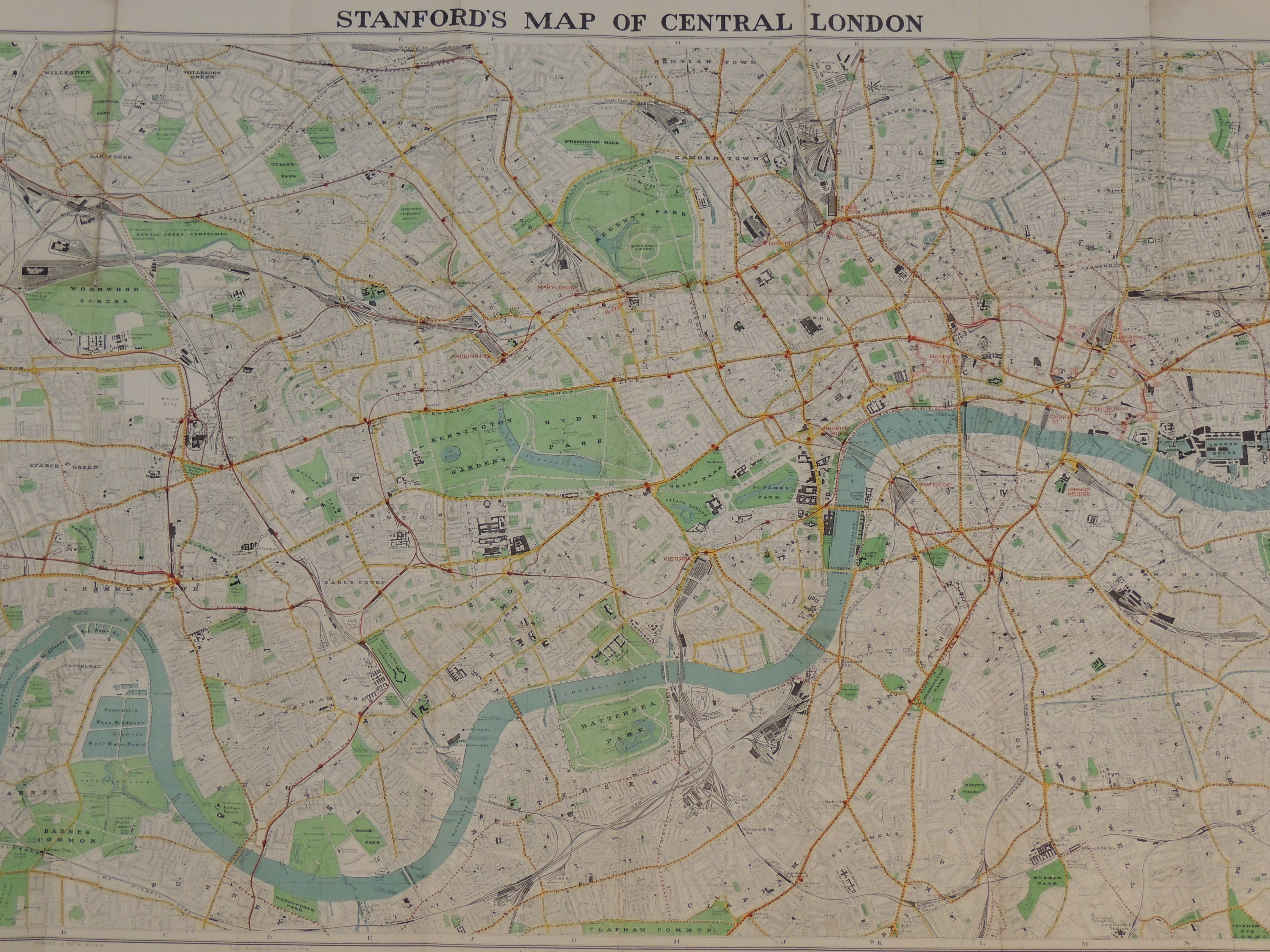 Highly detailed map of Scotland surrounded by four vignettes of Scots life. These include dancers doing the Highland Fling, Edinburgh Castle, a view of Perth from Kinnoul Hill and Deer Stalking. The map bears a strong resemblance to maps of John Tallis of the same era. This one is from Adlard’s “Vignette Modern School Atlas of the World”. 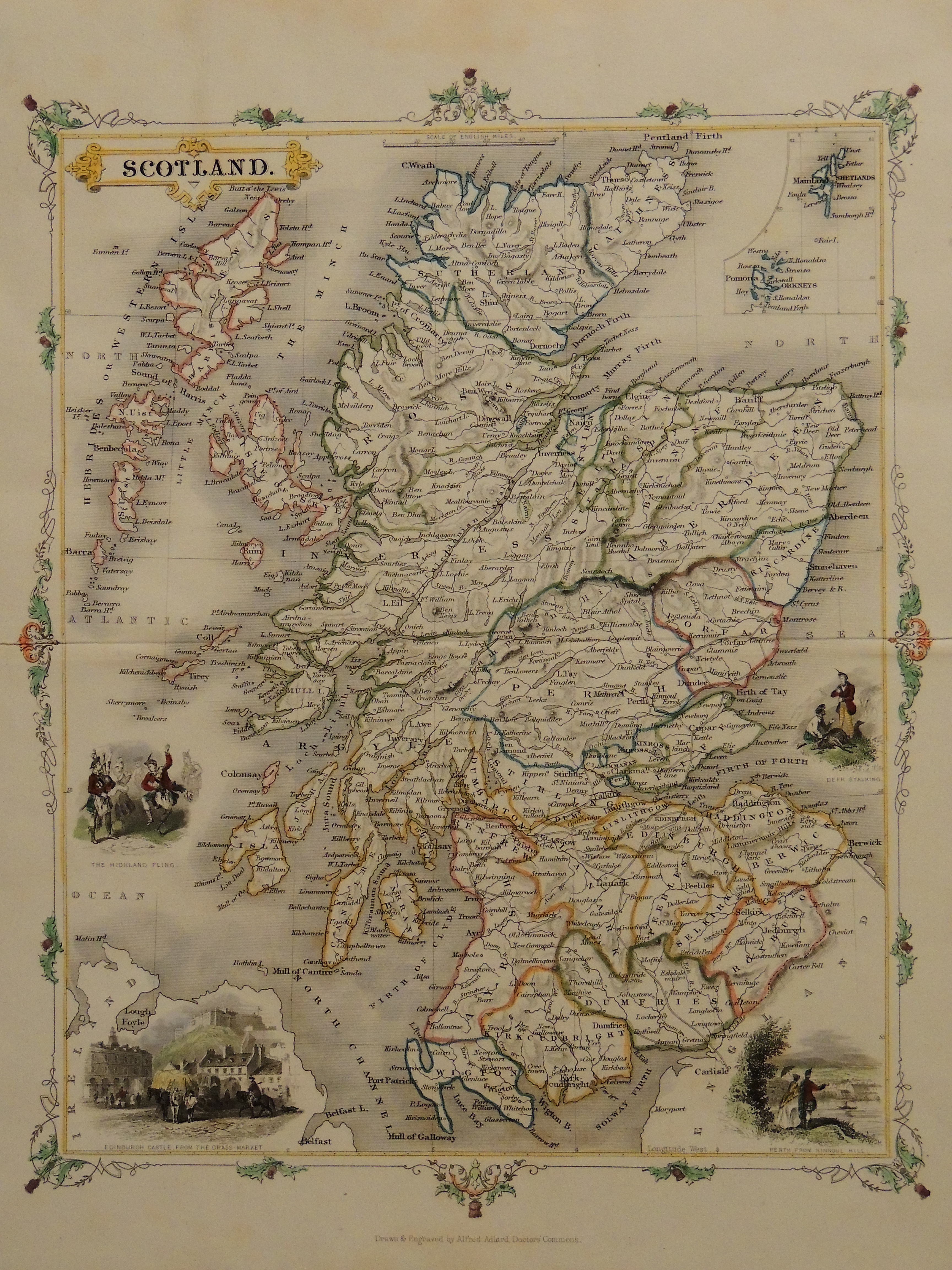 Published by Alfred Adlard in his “Vigette Modern School Atlas of the World”, this map bears a striking resemblance to maps by John Tallis of the same era. It shows a detailed map of Ireland surrounded by three vignettes of Irish life including Four Courts in Dublin, Donnybrook and an Irish ejectment. 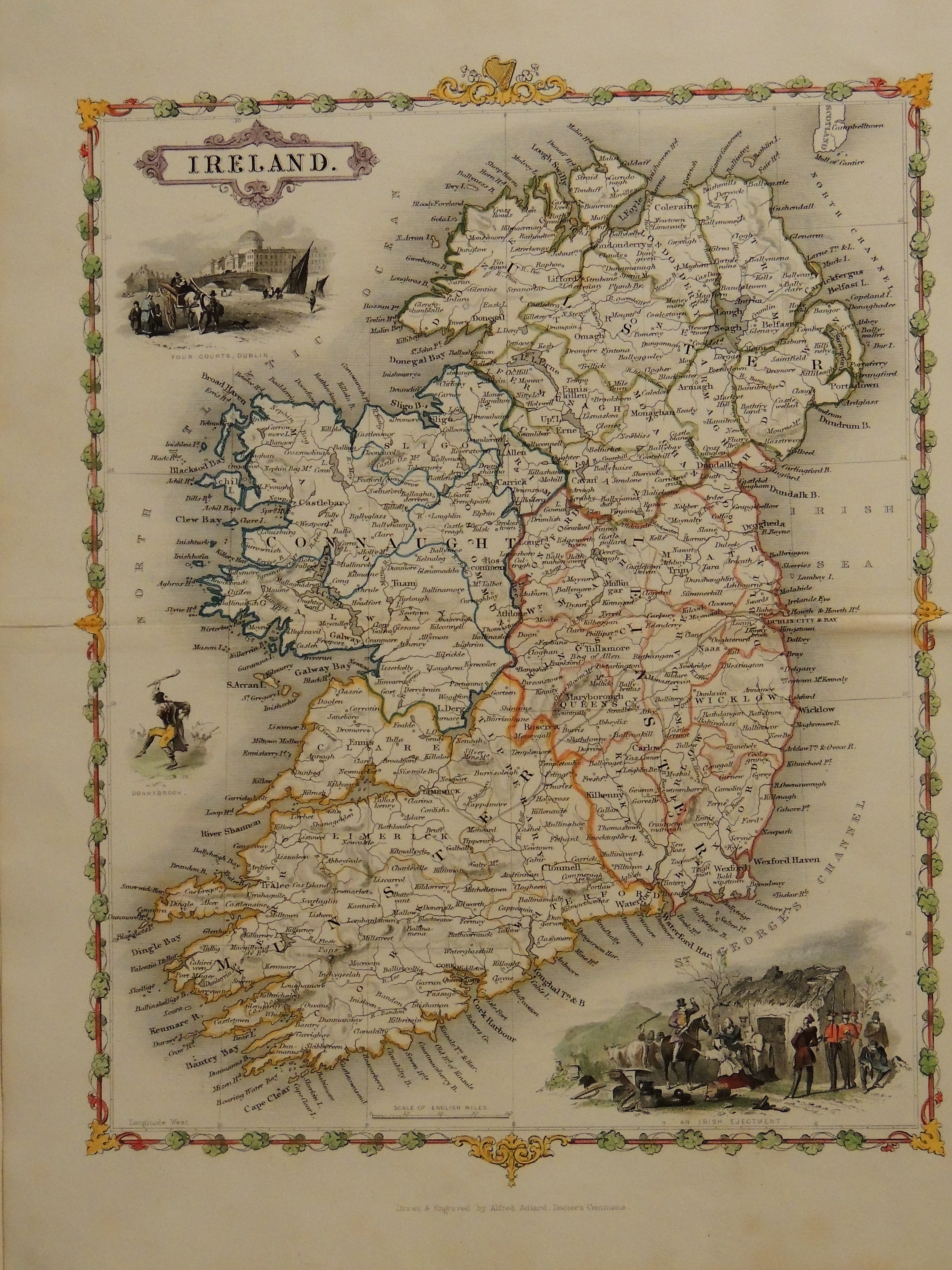 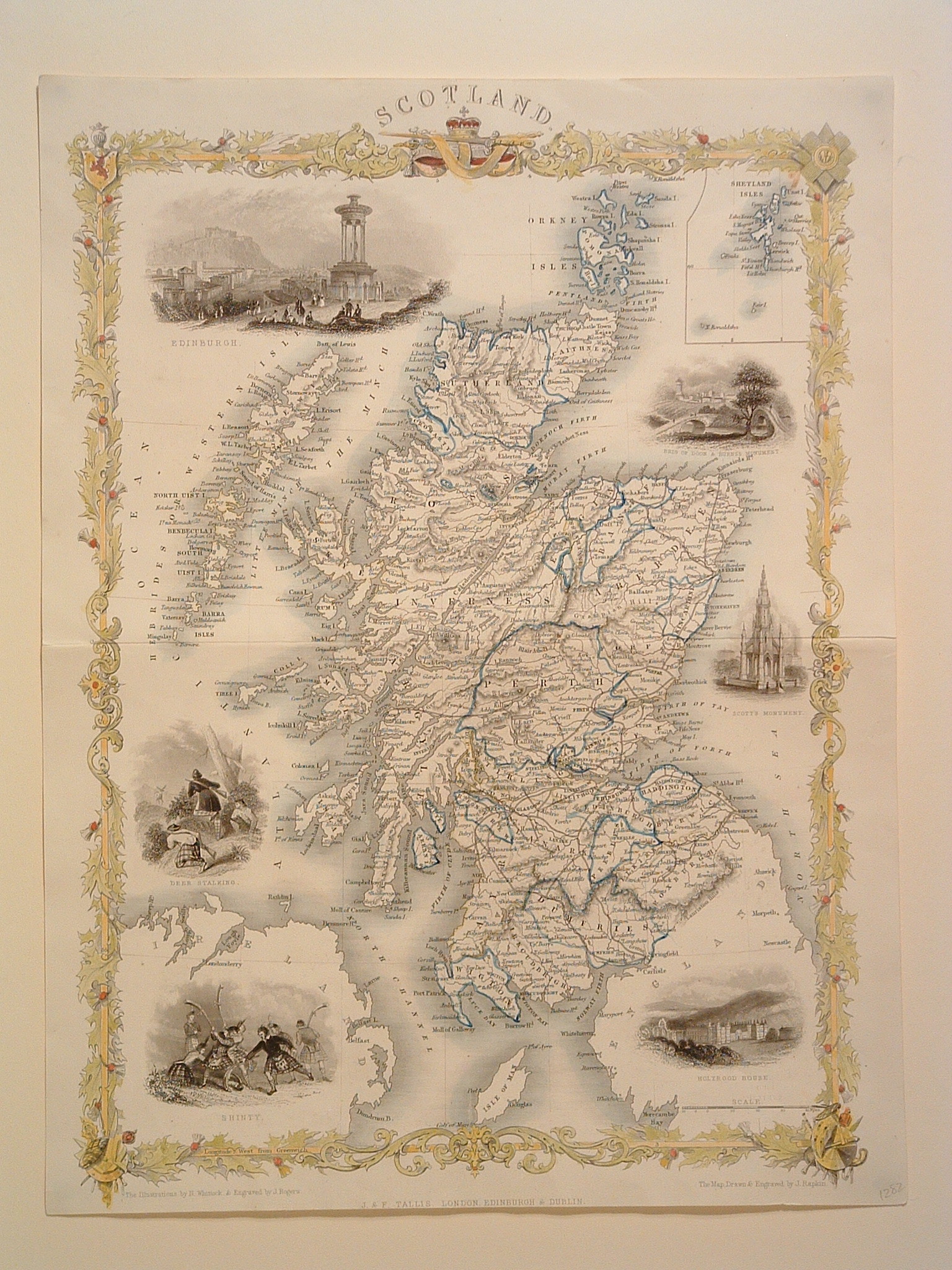 Highly detailed map for its size flanked with panels listing Kings of Scotland and England ending with King George I. 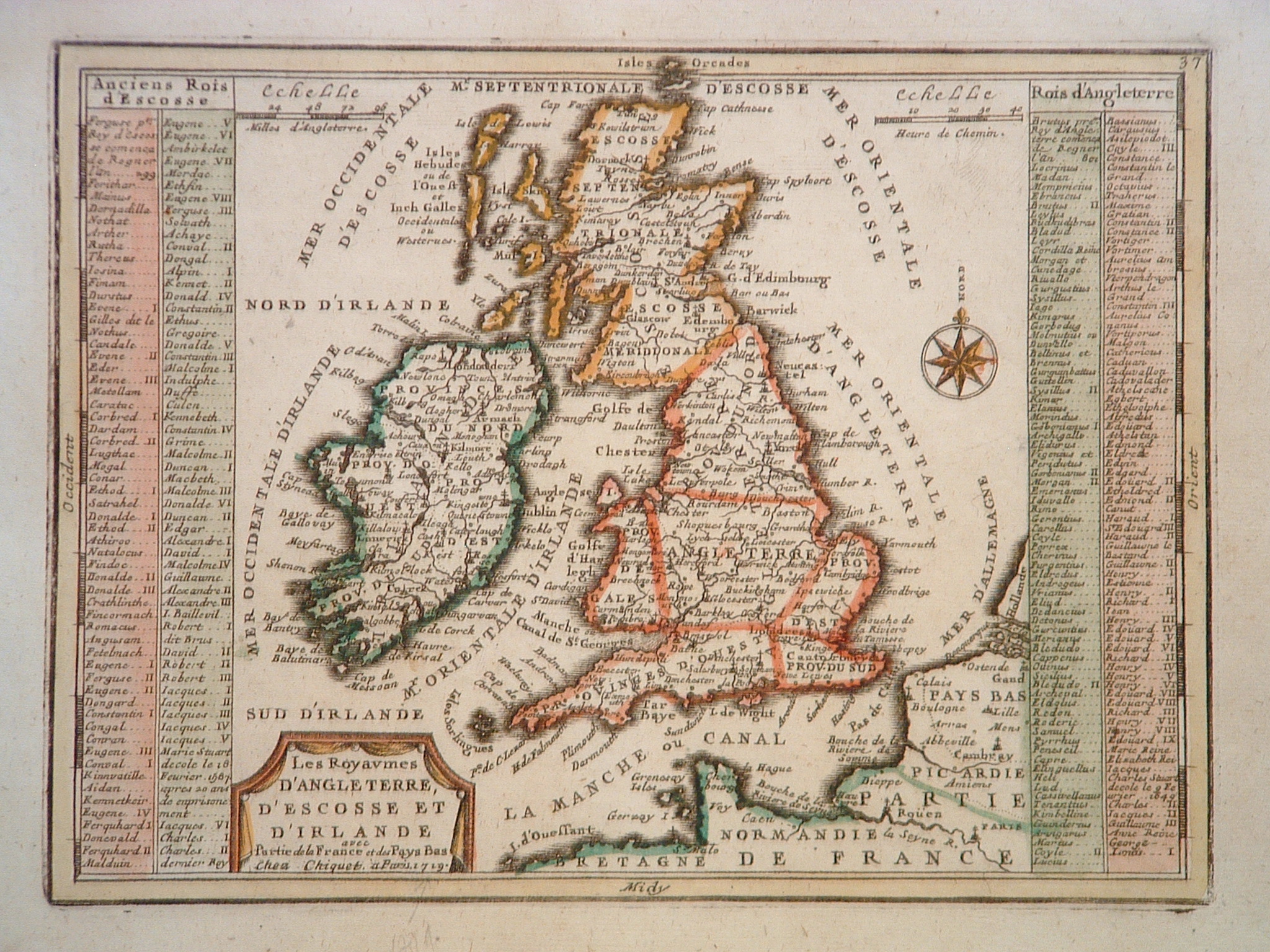 Wonderful strong imprint based on Blaeu’s map with Merian’s signature at bottom right. 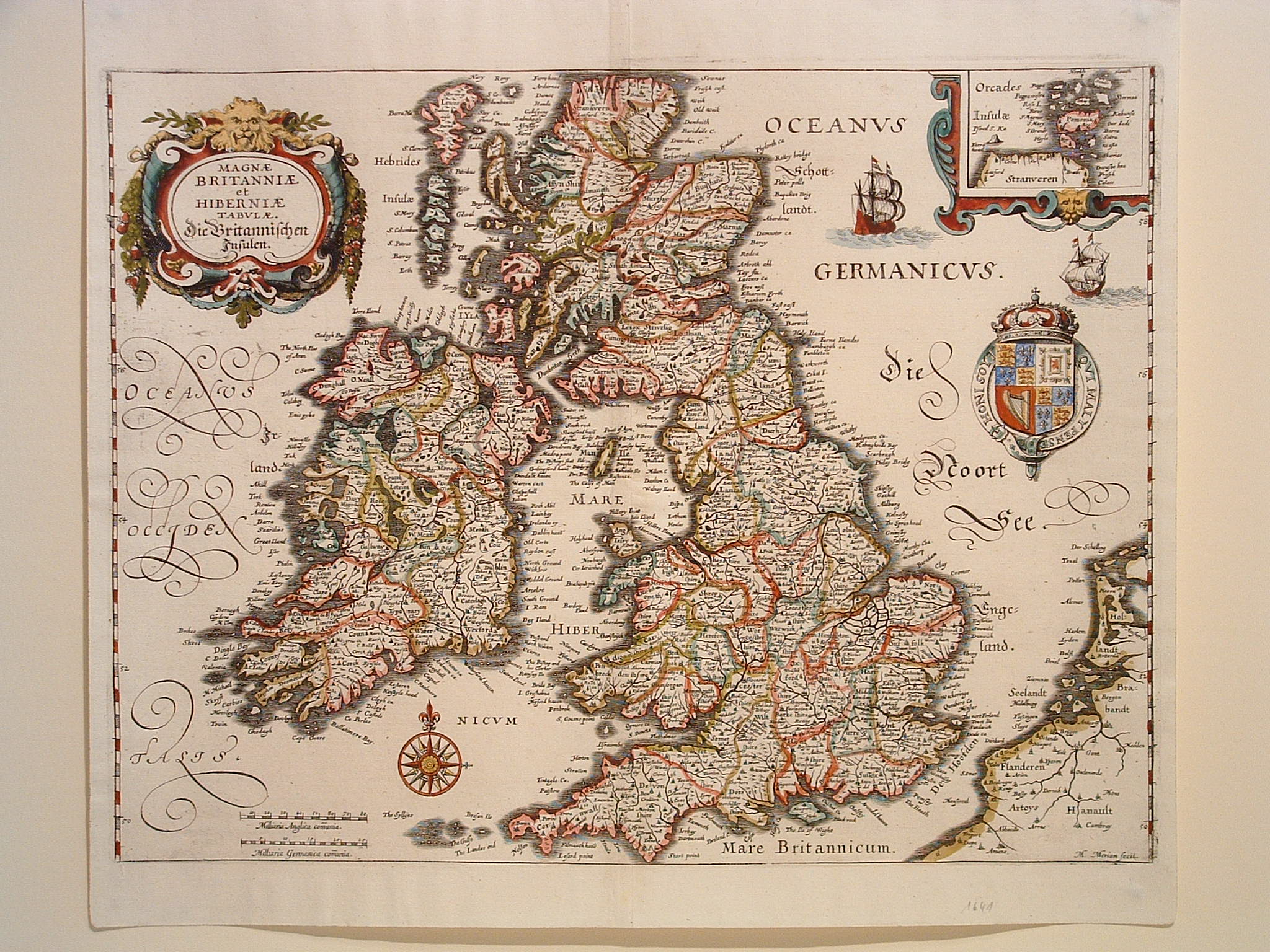