A classic Tallis map with detailed vignettes surrounding the map itself. These vignettes include British factories in Canton, a view of British Hong Kong and three others depicting royalty and soldiers. 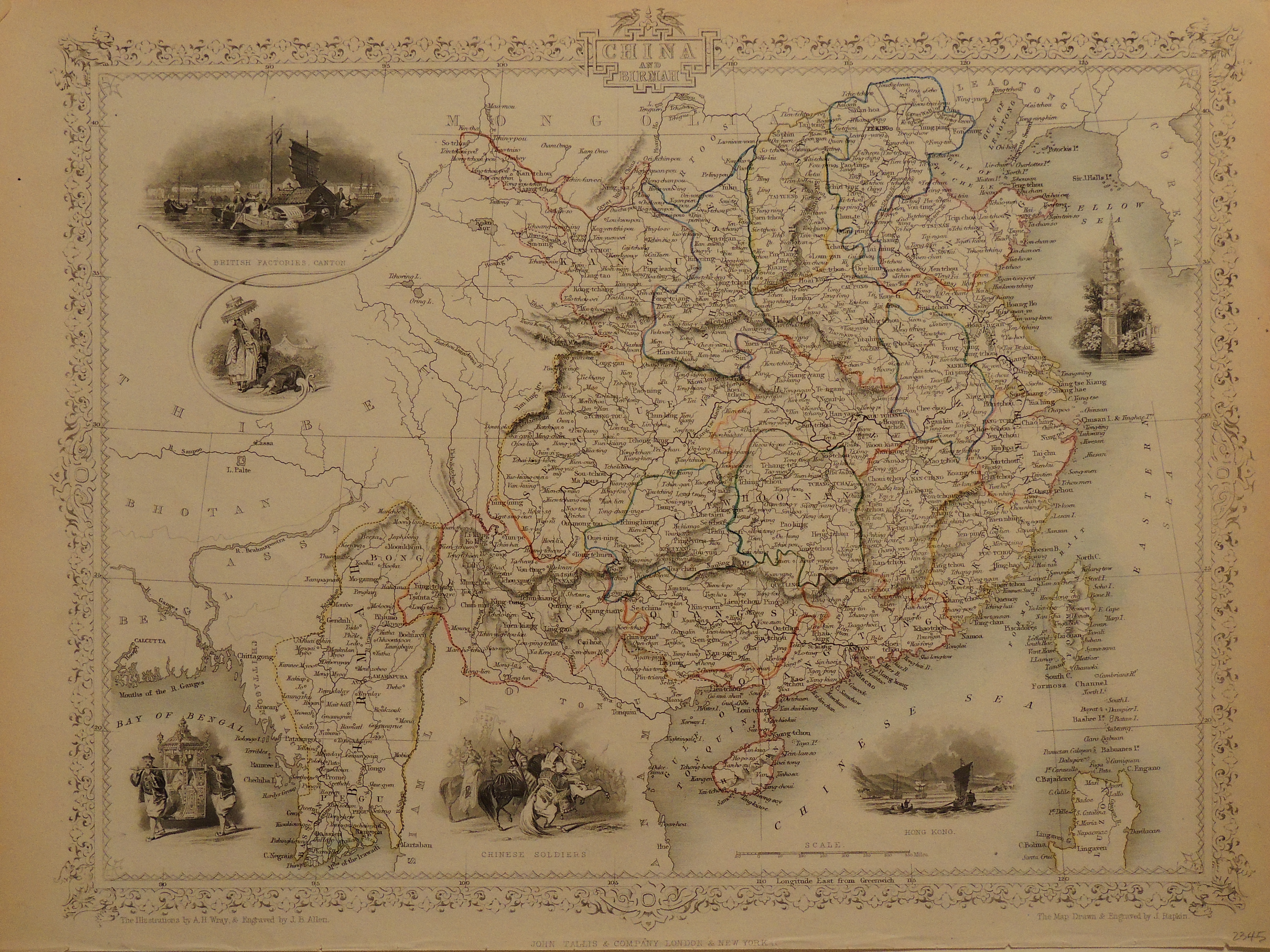 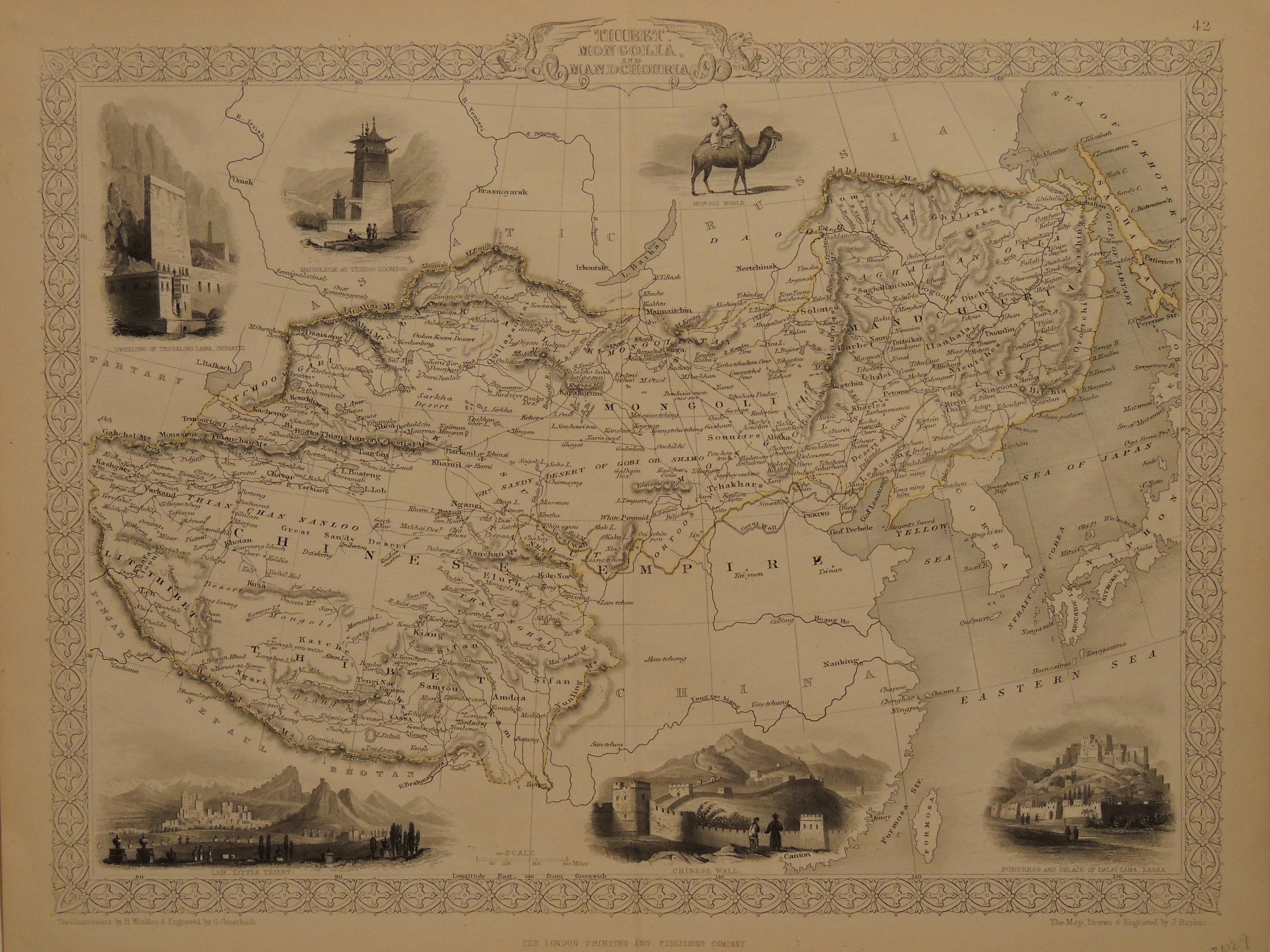 Classic map from The Illustrated Atlas highlighted with vignettes of Petra, Tartars, Russians, a Walrus and Sun Birds. Covering the area between Turkey, the Artic and East Indies. 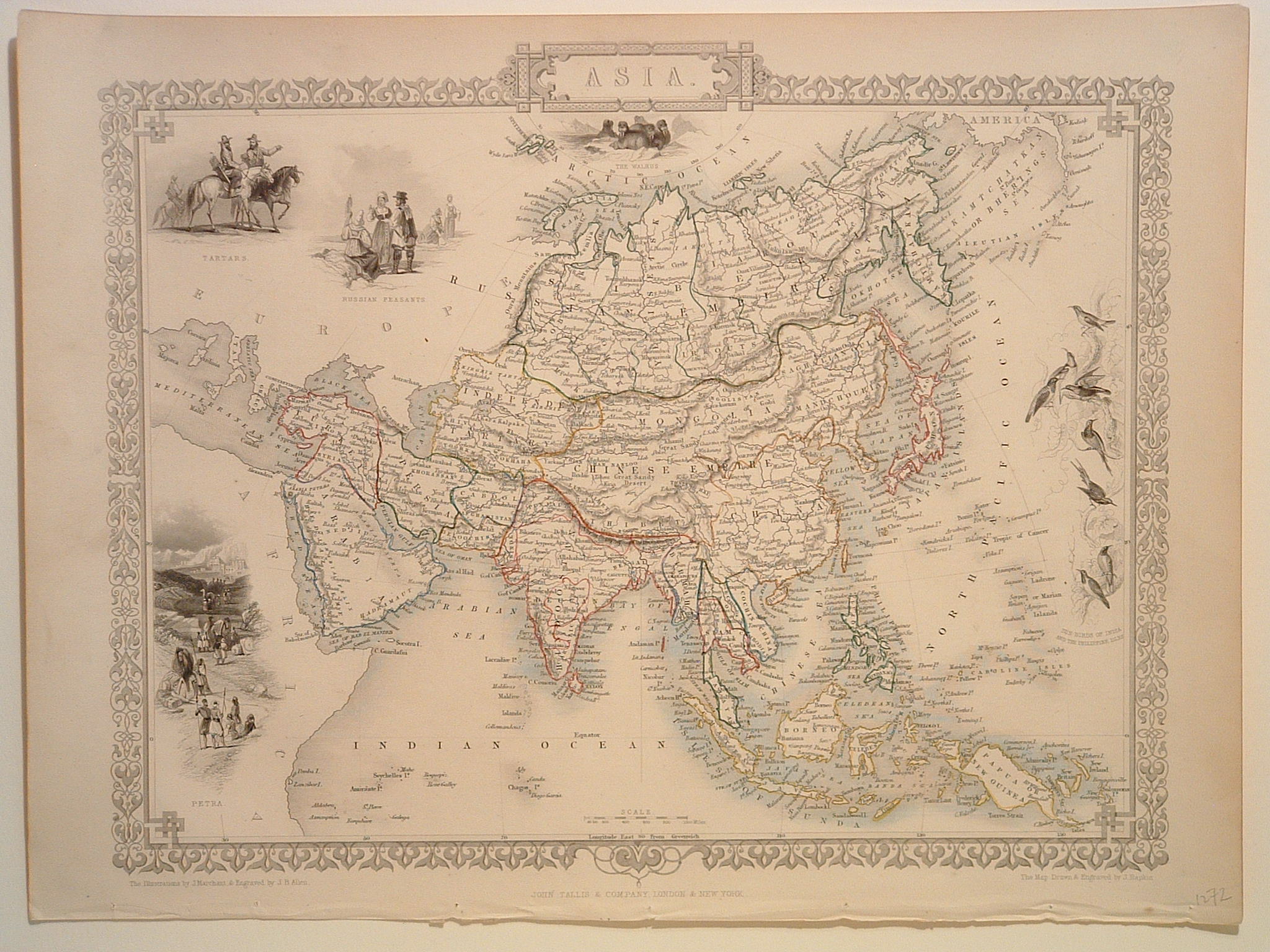 The Detroit de Malacca and Detroit de Singapur defined the trade routes in the 18th century. 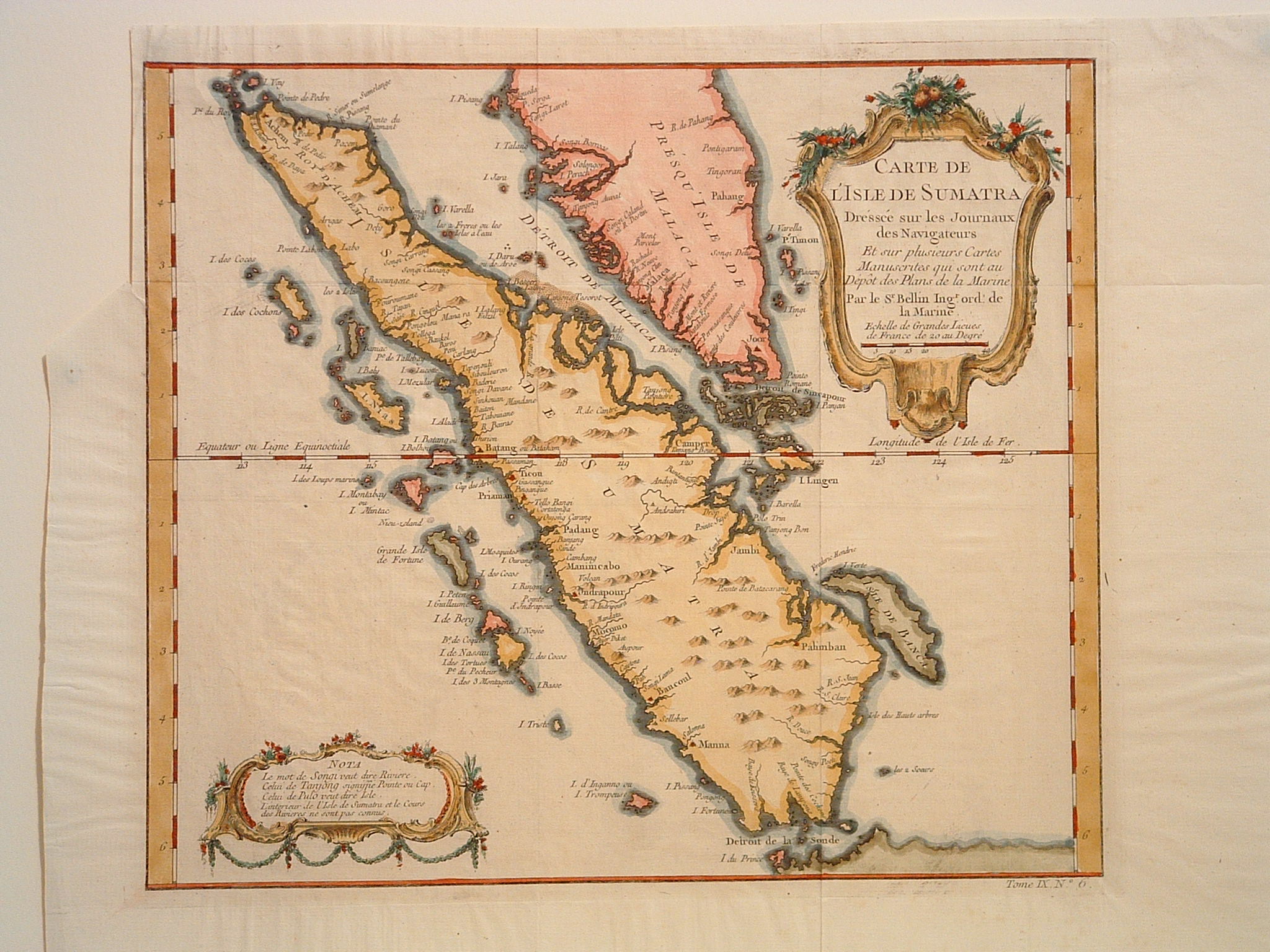