Pacific Northwest left blank with notations on Russian exploration in 1743 a thought of a Northwest Passage seen via the Great Lakes. 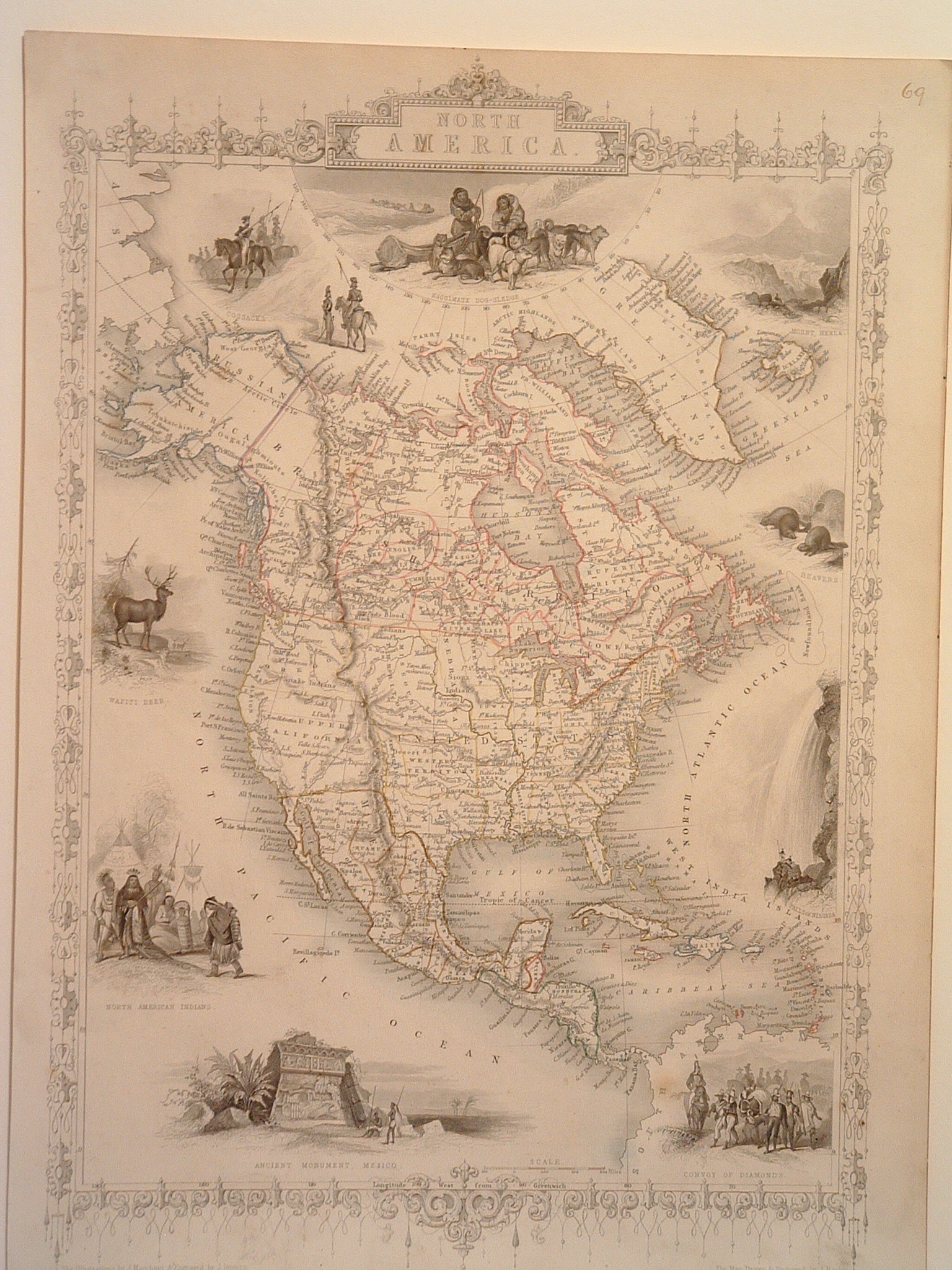 Click to View Larger Map Image
Call us today to make a purchase at 312.415.1847
Cartographer: Anonymous

From The Illustrated Atlas with vignettes showing gold mining in Brazil, condors and llamas of Peru, natives of Chili, Valparaiso, and a view of Rio de Janeiro. 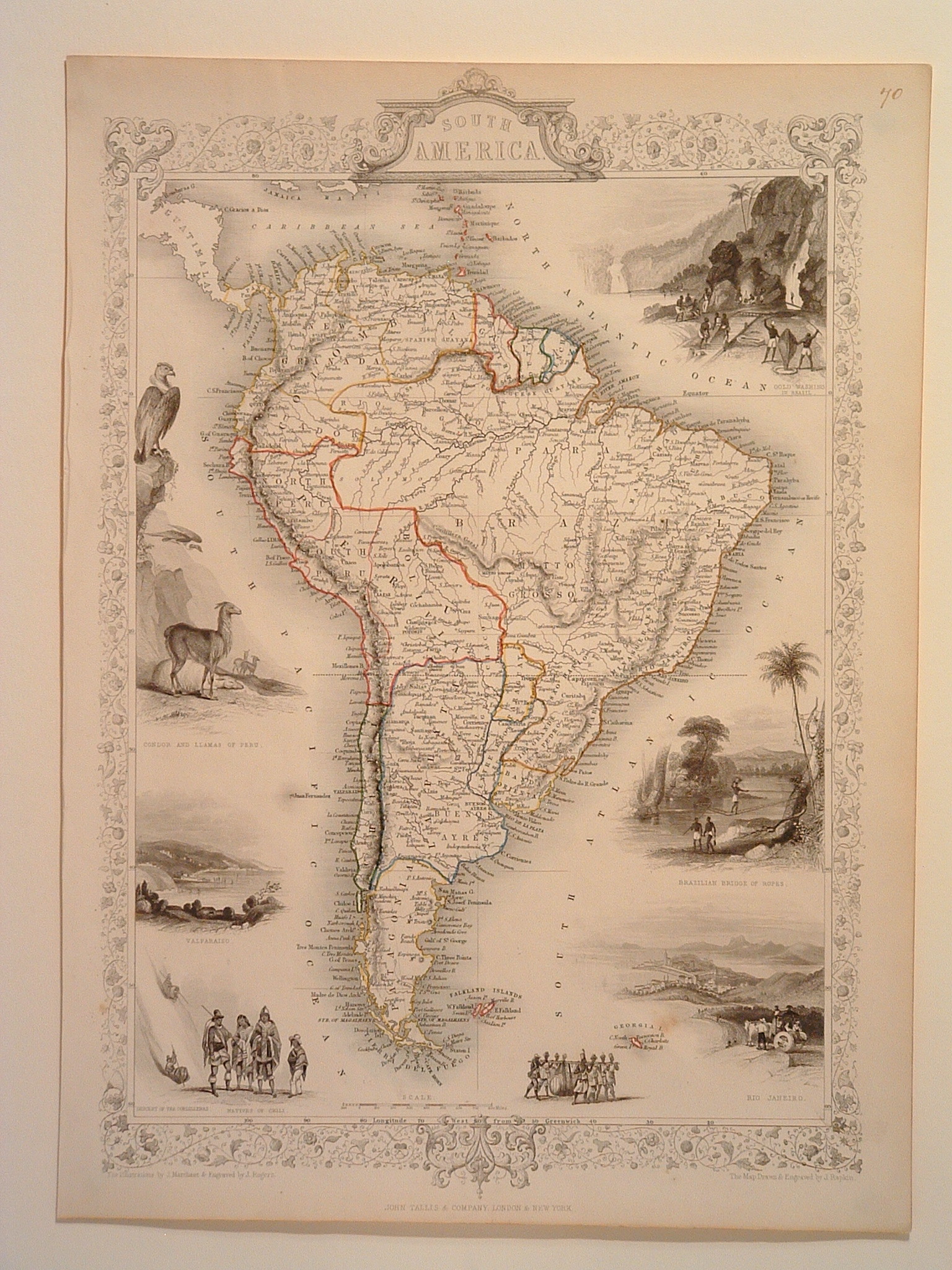 An early edition of Homann’s map of the Americas shows California as an island. Also shown is the mythical Terra Esonis Incognita, which forms a nearly continuous land bridge from North America to Asia. The Mississippi River and Great Lakes follow the reports of the early French Jesuit explorations. In South America, the Amazon and other interior features are beginning to take realistic form. The map is complete with two fine cartouches with scenes of natives, Jesuits, and European merchants. 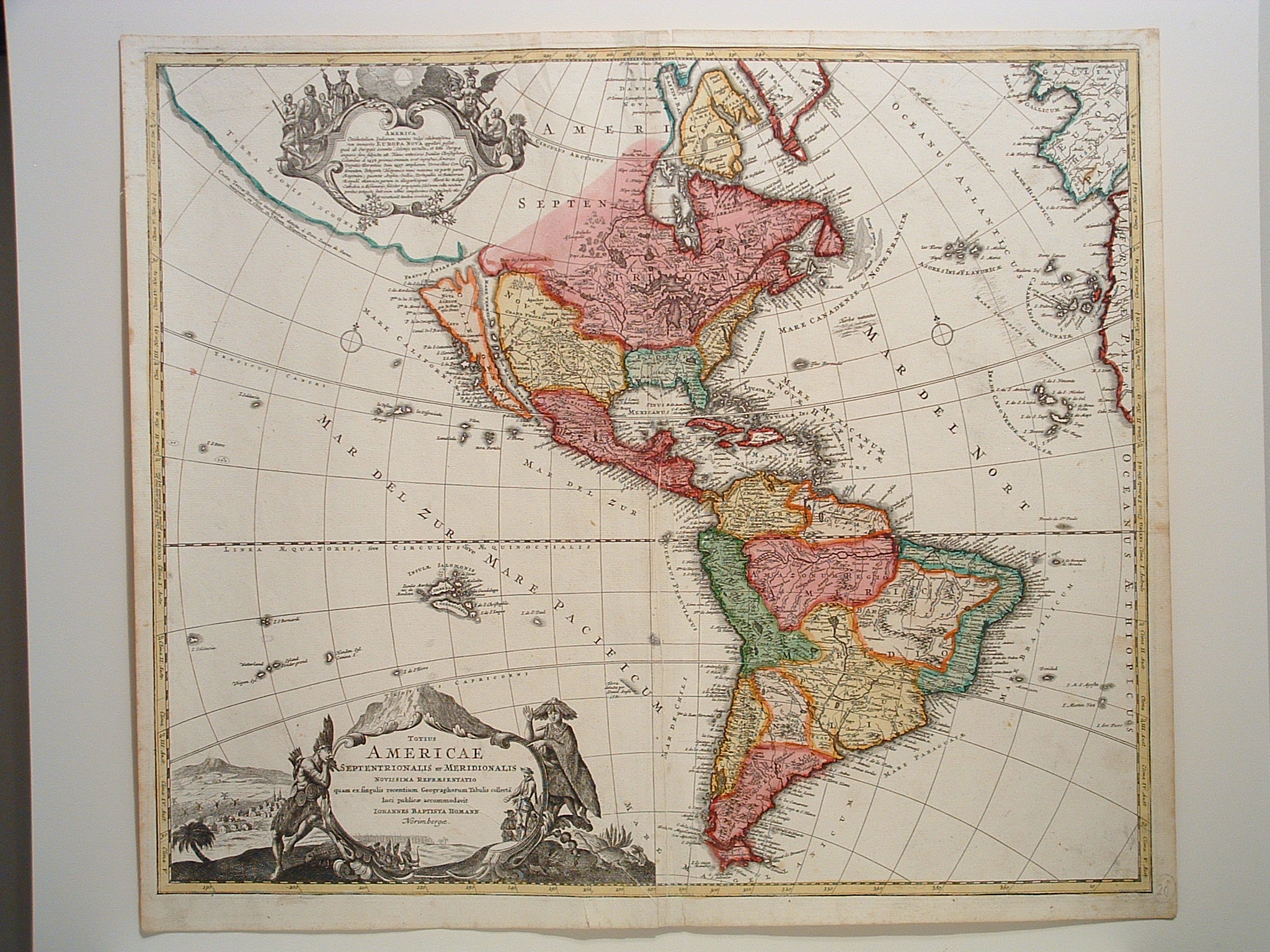